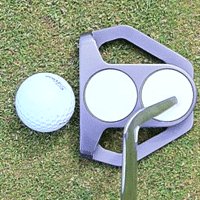 Futuristic putters are the latest development in putters. They're designed with almost no regard for looks, and offer the best technical advantages of high M.O.I. (moment of inertia, or resistance to twisting).

They are almost without exception face balanced putters, so will best suit a stroke that does not have a great deal of arc to it.

In general, this type of putter has every type of technical advantage that's possible. They are built for performance and not for looks. If you can get used to the appearance of the putter, then this may well be a great choice for you.

Although the feel may not be the same as a classic blade putter, unless you're a very low handicapper the design features of these putters will help you far more than any loss of feel might hold you back.  Give one a try!

The most futuristic putters out there... 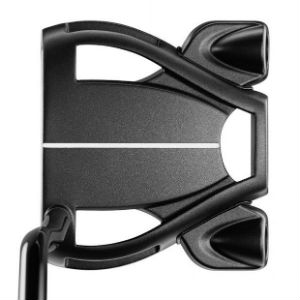 The Taylormade Spider re-wrote the text book on what shapes of putter were normally seen on the world's professional tours. Although they were way out when they launched, as soon as major champions and top tour stars like Dustin Johnson, Jason Day, Rory McIlroy and Jon Rahm started using them, they became mainstream.

The advertising hype surrounding these putters would lead you to believe that they possess so much science that you could barely miss with one, but we found them an acquired taste, and not all that easy to line up despite the long line on the top, so it's well worth giving one a thorough trial before shelling out the $100s they cost brand new. Alternatively, buy a used one, just to see what they're like. 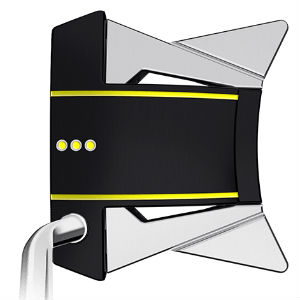 Scotty Cameron jumped on the big-tech futuristic bandwagon in the mid 2000s with the Futura. This wholly unattractive putter stayed in Phil Mickelson's bag for a season or so before he went back to more conventional shapes. Since then Scotty Cameron has introduced the Futura X and Phantom styles which are heavy looking mallets with weights in all sorts of places.

The later models with black inserts are the best of these, combining great roll and high tech with a surprising amount of feel. Not quite up to Scotty's more conventional styles, but good nonetheless.

Ping have always produced angular, ugly futuristic putters to go alongside their beautiful and minimalist Anser range. Amongst the weirdest were the Ping Craz-E, which we really liked when we tested it back in 2009. 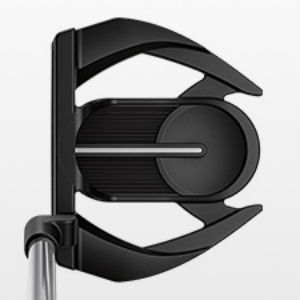 Towards the end of the 2010s, the Ping Wolverine became the manufacturer's oddest shape. With Ping, you're always guaranteed good feel and a good roll, so even if you are the only one who thinks one of these models is good to look at, then it'll be worth giving a go, especially on the second-hand market.

Click on the links below to find out which blade putter is the best with www.Best-Putter.com's independent, hands-on reviews, you'll also find where to buy them at the best prices!

Not sure whether a futuristic putter is for you? Click here for our guide to choosing the right putter for your stroke.