Webb Simpson - one of the putting greats? 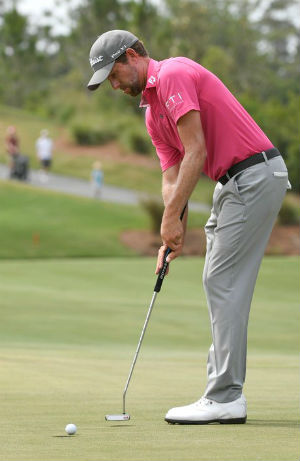 Webb Simpson goes very quietly about his work on the greens, but slowly after the belly putter ban left him searching for answers he has has found a technique that has made him one of the great putters of his generation.

Controversially he was the second player in the history of the game to win a major championship using a belly putter when he captured the 2012 US Open. Following the belly putter ban, Simpson re-invented his putting to use a forearm lock and claw grip method which proved even more successful, showing that putting is about far more than just the method used to deliver the putter head to the ball.

Date of birth: August 8, 1985.
Claims to putting fame: Gained a massive 9 shots on the field in strokes-gained putting in winning 2018 Players Championship.
Has a staggering ability to hole clutch putts again and again.
More consistently inside the top 10 for strokes-gained putting than any other player since the belly putter ban. Putter used: Odyssey Tank Cruiser V-Line and prior to the ban a Ping G5i Craz-E belly putter.


What we can learn from Webb Simpson's putting 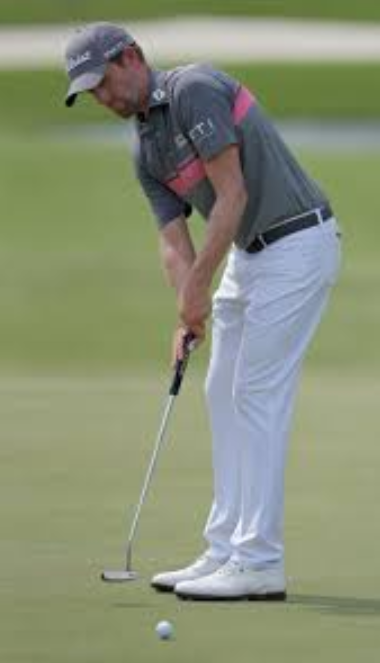 It's rare for any golfer to have a phoenix from the flames moment, but that definitely happened to Simpson in 2016 when the rules of golf outlawed belly putting (anchoring the top of the putter grip into your midriff). This could have been a career-ending move for many players, but Simpson's experimentation and new arm lock claw grip has seen him rise up the putting stats and the world rankings.

Simpson fell to 177 in the strokes-gained putting stat in the first year after the belly putter ban, but after that he climbed and between 2018 and the time of writing, he was in the top 15 putters on the PGA tour. Nobody gained more putts over the average  between 2018 and 2020. How far this continues, who knows, but it is an uplifting story for anyone looking for a new technique to revolutionise their putting.

Simpson locks the butt of his mid-length (40.5 inch) putter against his left forearm and uses a pencil-style grip with his right hand with his index and middle fingers resting on top of the grip.

We can all learn two things that we can all take from Simpson's revolutionized putting technique:

Our Assessment of Webb Simpson's belly putting (written before the ban)

Perhaps the most interesting thing about Simpson's putting method is that it is as mechanical and square as possible right from the off. Despite using the belly putter as an anchor, the rest of the set-up is much like with a standard length putter. His hips, shoulders and feet are all square to the intended starting line of the putt.
Webb Simpson's posture is a comfortable one, with his arms hanging freely and his grip comprises of the left-below-right style. The thinking behind his choice of grip is that he can stop his hands from becoming too involoved in the throughswing without losing the feel in his fingers.

Simpson has used a belly putter and has been a big supporter of the belly putter ever since he took one out for nine holes with his father at Pinehurst Golf Club.
He has continued to use one to this day, his claim being that a belly putter gives you more consistency - not extremely hot, but not particularly cold either - and that some of the best players to have ever lived were great because of their steady play.
Startlingly, the putter that Simpson now uses came into his hands by a sheer stroke of luck: "It was Thanksgiving in my freshman year at Wake Forest, and I picked it up in the shop, just messing around," he said. "I got some grief from my teammates, but it was too good not to switch."
Webb Simpson's victory in the 2012 US Open "I'm not worried about it. I'm ready, and if they do it for next year, I'll be ready."

What can we learn from Webb Simpson's putting?

One of the characteristics of Simpson's stroke is that he makes contact with the ball well past the low point of his stroke, so quite distinctly on the upstroke. This is a great way to produce a true roll on your putts, but putting the ball as far forward as Simpson does, isn't for everyone, and most people's putters are not built for this sort of ball position. Having said that, though, if you're looking for a truer roll, you may find that playing the ball forward (towards the left foot for a right-handed player) like Simpson is the answer. You'll have to make a modification to your putter's loft if you want to make the best use of Simpson's style of address. Standard putters have around 4 degrees of loft as this is the ideal angle for the ball on which to "take off" to make it roll. If you catch the ball on the upstroke, however, you need a putter with less than standard loft. Simpson's putter has 1.5 degrees of loft, for example. When the upward stroke is factored in as well, this loft is turned into more like 3 or 4 degrees, hence the superb roll that Simpson achieves. Another leaf to take out of Simpson's book is to follow his rhythm. The brisk back and through speed of his stroke which doesn't change at all - he merely varies the length of swing in relation to the length of putt.