Arc putting stroke or straight back, straight through?
Is the biggest (flawed) myth in putting killing your game?

When you putt, you've got 2 choices: an arc putting stroke - one that curves slightly in a half-moon shape around your feet or straight back and straight through along one line.

I didn't understand which was better for my first 15 years playing the game... The years in which I literally putted like a muppet (in fact, Miss Piggy might have made some of the short putts I missed!)

Believing that you have to move your putter on a straight line back and through is a myth that a lot of golfers believe, but it's hurting them on every green they putt on.

And from what I see watching handicap players, lots of them aren't putting as well as they could because they choose the straight back, straight through approach rather than an arc putting stroke (maybe this includes you?)

I used to think that the stroke went straight back and through along the ball to target line, like this...

At first sight it seems logical. After all the ball's got to go along that line.

The book that launched short game guru Dave Pelz's career "Putt Like the Pros" also promoted the idea of a straight-back-straight-through stroke along the ball-to-target line with the putter square throughout.

You'd think that keeping the putter square to the target line throughout would be virtually unbeatable.

Nothing in all of golf has - in my opinion - wrecked good putting more than this idea.

The catch is that this is anatomically impossible to do and leads to to both blocked AND pulled putts when you take the putter back too straight.

It's such a terrible error, because you miss both sides of the hole and have no idea what you're doing wrong!

﻿The solution is to commit to a an arc putting stroke like this: 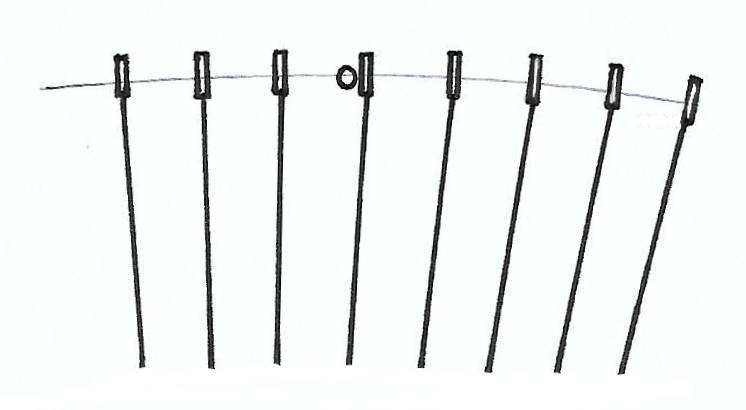 Why the arc putting stroke is better

The putter has to move in an arc because you are standing to the side of the ball and the head of the putter moves further than the grip.

The putter face remains square to the path of the stroke, not to the ball-to-target line. It's better because you don't have to manipulate the putter head to keep it square to the path. It happens naturally ... and what is natural is always more repeatable.

The best way to practise this is to use an arc-shaped putting guide like this one:

Committing myself to using an arc putting stroke made massive improvements in my putting almost overnight.

And it will for you too.

Here's to your putting success!

P.S. Are you a complete beginner to golf? If so, a cut stroke is the stroke shape I most often see beginners use and it's a disaster not just for direction, but also for roll. 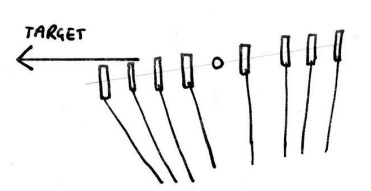 You see this type of cut stroke on every golf course every weekend and it's killing your chances of success, particularly at the beginner level, so if this is you, make sure you take the putter back on on an arc both in the backstroke and the follow through!

Want to REALLY perfect your putting? Take a look at my
e-book and stats tracker bundle 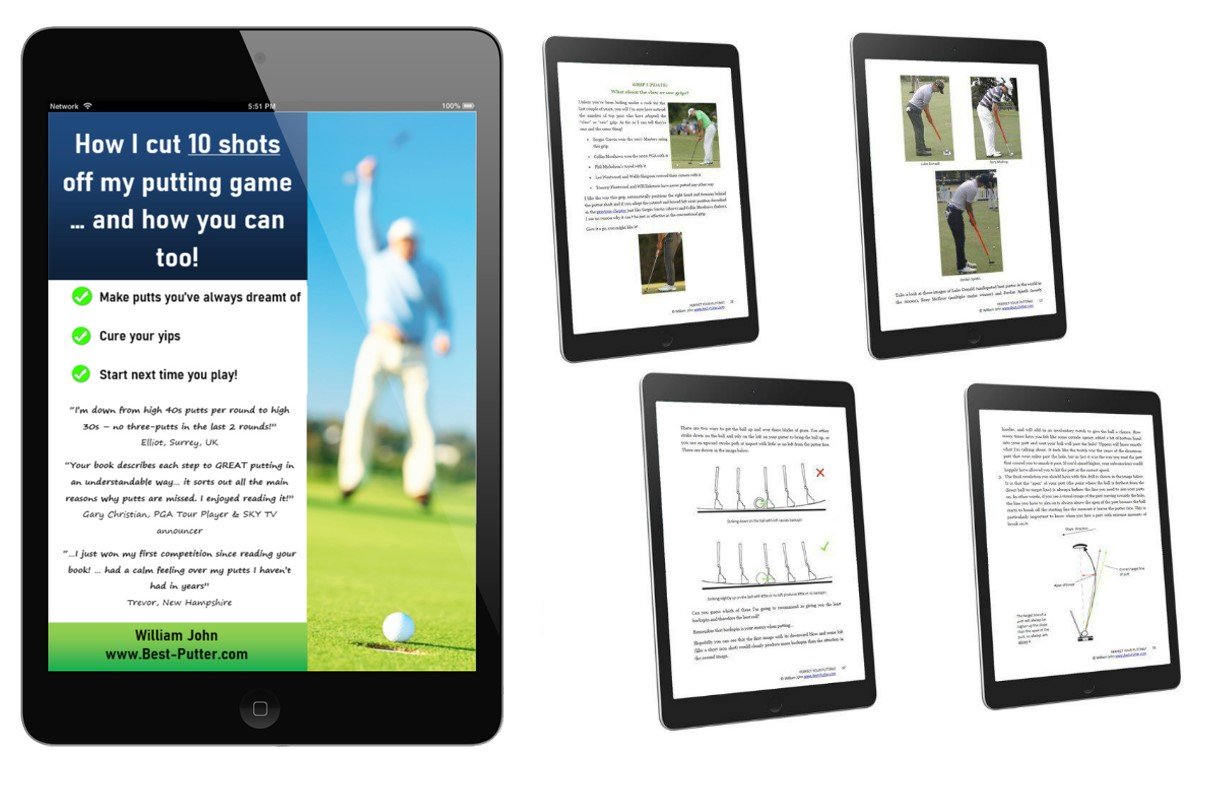 "… I just won my first competition since reading your book! … Felt calmer over my putts than I have in years”
Trevor, Portsmouth, NH, 14 handicap

"Your book describes each step to GREAT putting in an understandable way... it sorts out all the main reasons why putts are missed. I very much enjoyed it!"
Gary Christian, Former PGA TOUR Player and SKY SPORTS / Golf ChannelAnnouncer

"My putting has been good over the last few rounds - 30 putts last time out and holed some good 18-20 footers which never seemed to happen before... and I've only read the first 5 chapters"
Julie, Berkshire, UK, 3 handicap